At the kind invitation of Dr. Chas Beichman, Director of the NASA Exoplanet Science Institute, members of the CHARA collaboration gathered at Caltech in Pasadena for a three-day review of scientific and technical progress made during 2009. That year was a particularly significant one for CHARA as well as for Mount Wilson Observatory as a result of the dire threat posed by the Station Fire during August and September followed by extensive road closures resulting from rock and mud slides. Although CHARA science operations were significantly interrupted by those events, 2009 was still a productive year with significant advances on a number of fronts including new beam combiners and imaging achievements.

The scientific program was organized by Dr. Theo ten Brummelaar, CHARA's Associate Director. We particularly thank Dr. Rachel Akeson of NExScI for her efforts in providing the excellent local support enjoyed by the participants in this meeting.

The participants in "CHARA Year Six" are shown in the photograph and key below. We were pleased to see additional Caltech and JPL people dropping in during the course of the meeting.

Copies of the presentation materials, arranged according to the meeting agenda, are linked below. 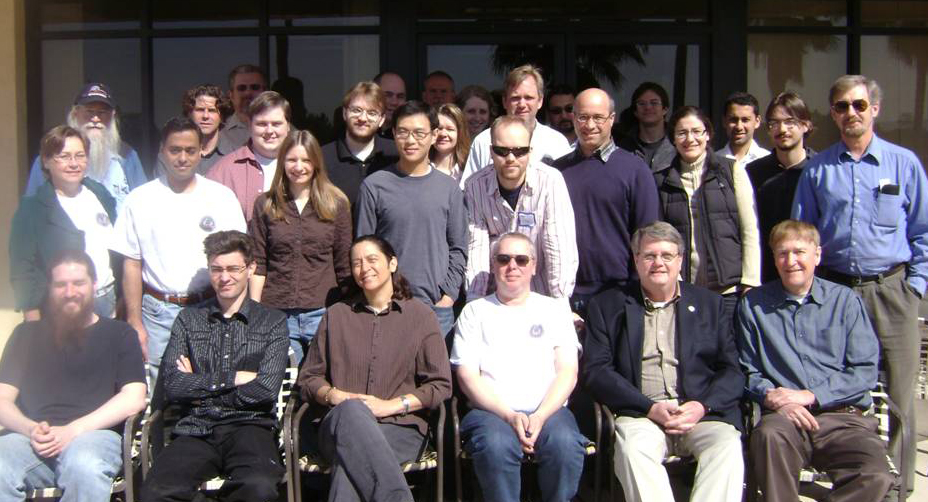 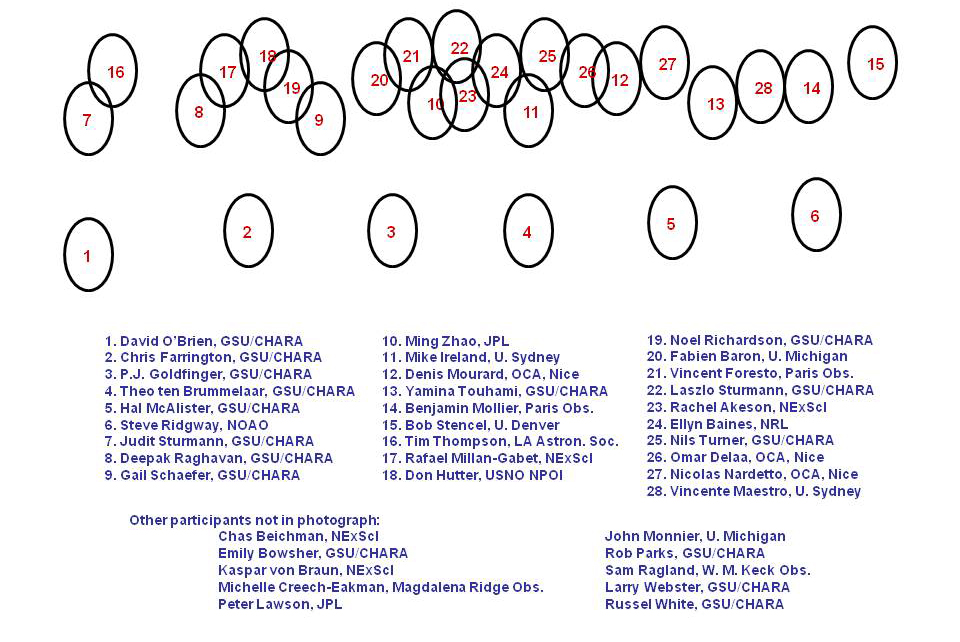